When they began the relationship Priscilla was barely 14 years old, Elvis 24 and starred in his first films

If Elvis and Priscilla met again today it would be a scandal: at 24, he was already the King, had recorded three albums, starred in his first movies and was already filling stadiums where girls screamed and fainted, and boys copied his steps ; but she was only 14 years old. “My parents didn’t want me to go out with Elvis, they said I was too young, and it was true,” admitted the great love and the mother of the only daughter of the greatest cultural icon of the 20th century in an interview with Ladies Home Journal magazine in 1973, when they got divorced.

Born at the Brooklyn Naval Hospital in May 1944, his biological father had died in the war when he was just six months old; her mother –Ann Wagner– remarried a Canadian officer who gave him her last name –Beaulieu– and raised her as his own. She had moved with the whole family to a base in Wiesbaden, on the banks of the Rhine, in western Germany, when a friend of the star – who was doing military service in that country – discovered her in a bar in the summer of 1959 and invited her. to a house party in Bad Nauheim; the crush was instant.

Albert Goldman, one of the most obsessive biographers of the King of Rock ‘n Roll, says that when he first saw her, on the night of September 13, 1959, Elvis forgot for the first time in years who he was. He took off the crown and the sequined suit and returned to Priscilla as just a “clumsy and embarrassed” boy. almost “a neighbor next door” who wanted to be looked at and make her fall in love.

So when two years later Elvis released the mega hit Can’t help falling in love, many thought it was for her, despite the fact that she was always more of an interpreter than an author. Like everything in it, it is part of the legend, although it is most likely that it was just one of the songs on the soundtrack of the film Blue Hawaii, and even that the inspiration was his co-star, Joan Blackman, with whom he had a passionate romance and He even, it is said, even proposed to marry her. 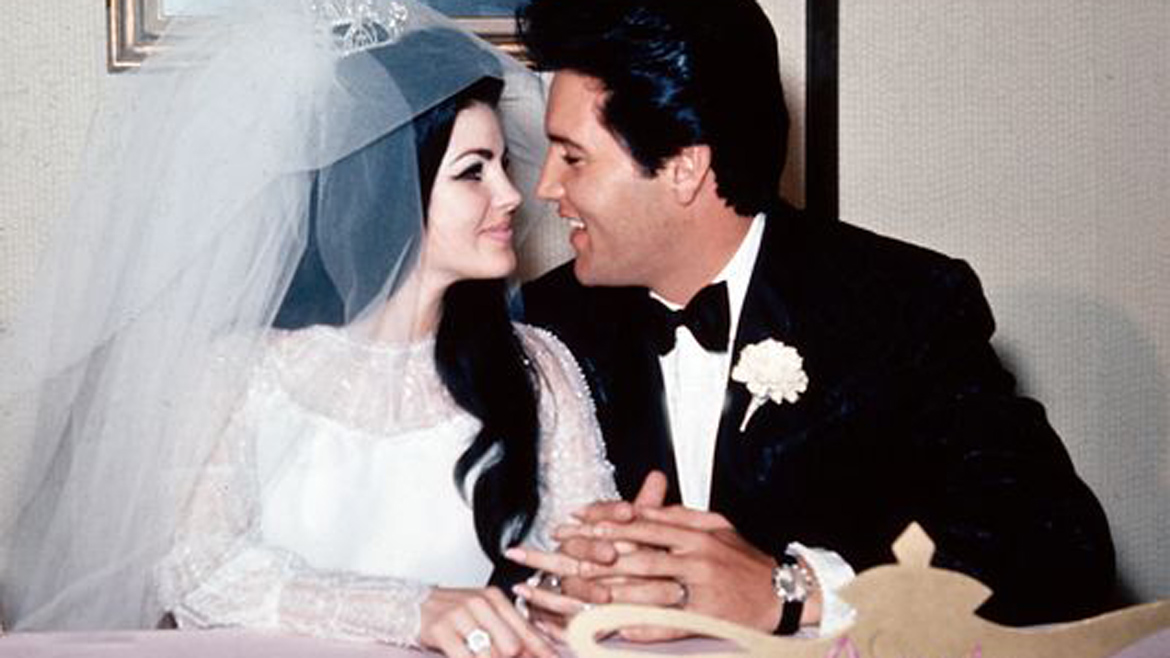 Her family imposed many conditions for the courtship, such as the presence of a chaperone and that she arrive a virgin at the marriage

Meanwhile, a sweet 16 Priscilla – as the cover of Chuck Berry that she revered so well with Jerry Lee Lewis in ’69 says – suffered in Germany thinking that everything was over. Elvis had returned to Memphis in March 1960 and although they continued to write and talk daily, rumors were growing about his alleged affair with Nancy Sinatra. The Joan Blackman thing was the last straw.

Finally, in September 1962, the Beaulieu Wagners allowed their daughter to travel to Los Angeles to reunite with her love. But with some conditions: Priscilla had to travel in first class, be accompanied at all times by a chaperone and write to her house every day. Elvis agreed to everything. Of course, he changed plans as soon as he arrived: he took her to Las Vegas and installed his staff chaperone in Los Angeles; instead of flying with them, she would have to deal with sending postcards every day to fool the bride’s parents. Priscilla would later confess that this was also the first time she took amphetamines and anti-anxiety drugs so she could keep up with Presley. 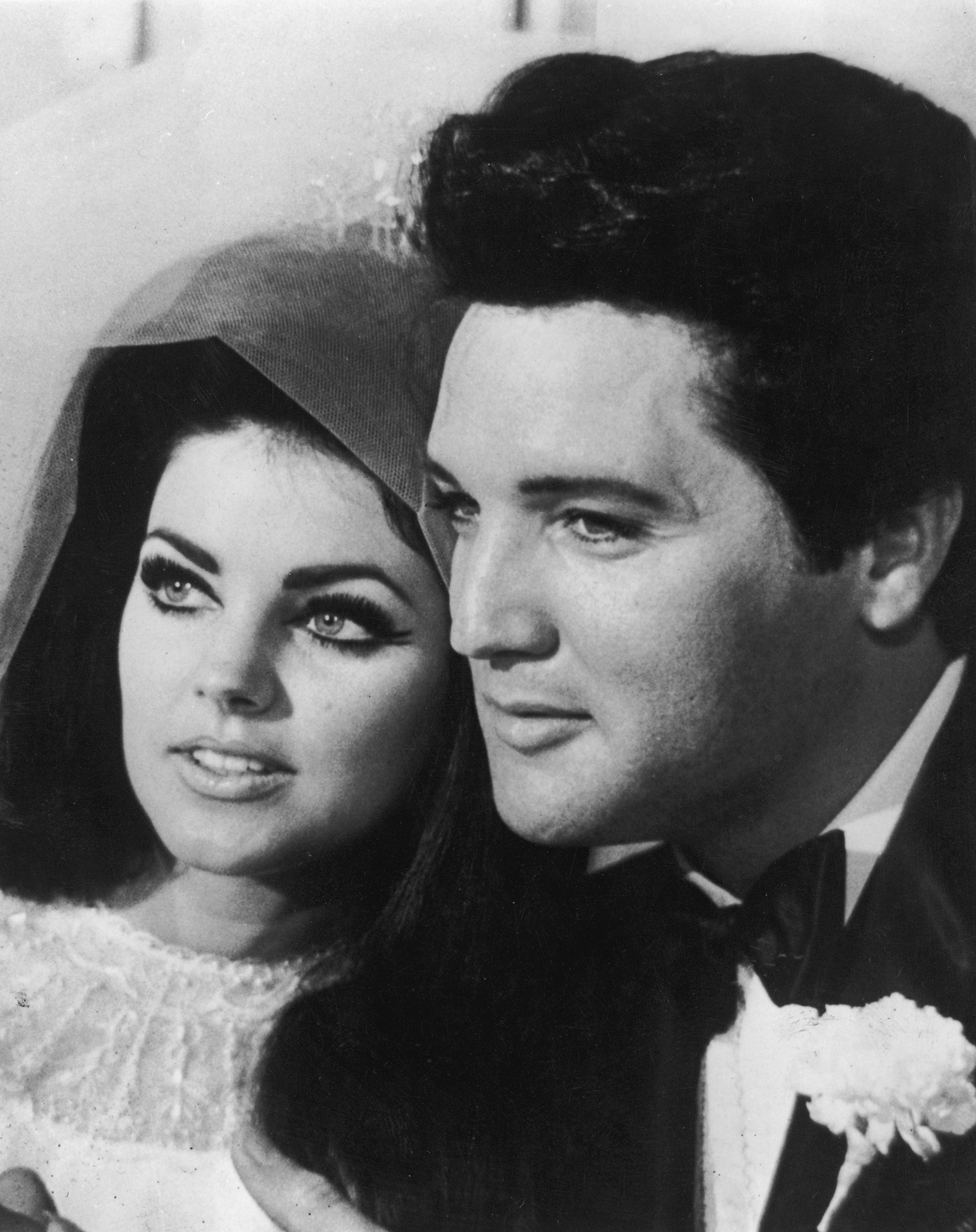 Another image of the King’s wedding with Priscilla Beaulieu in Las Vegas; They say that when he met her she felt like a clumsy boy again (Photo by Keystone / Getty Images)

She traveled again to spend Christmas with him at Graceland, and they decided that when she returned, in March, it would be forever. That time, she arrived with her father, Captain Beaulieu, who arranged for her to enroll in the Immaculate Conception Catholic School for Girls, where she would finish high school. A new condition of her family that had to be strictly respected: even living in Graceland, Priscila had to be a virgin at marriage.

In reality, she did not have permission to live in the idol’s mansion, but with her father and stepmother, where, according to her own account in her memoir -Elvis and I- “I spent entire nights with them and Grandma, until I was able to move my things little by little to Graceland”, around 1963.

Ultimately, that sacred temple that was so difficult for her to access, also became a place of confinement that left her outside the adventures of an idol that broke all known popularity records. It was convenient for her to stay in Memphis while he filmed in Hollywood and had affairs without hiding.

When he filmed Viva las Vegas, in 1963, he had a public affair with his partner, Ann-Margret. In her memoirs, Priscilla says that she confronted him and Elvis simply told her that it was a promotional strategy., and that you didn’t have to believe anything you read in the media. But the combo of sex, drugs and rock ‘n roll was not only not a press invention, it was unstoppable.

There are those who say that not even Priscilla wanted him well. That by the time they got married, on May 1, 1967 at the now-defunct Aladdin Hotel in Las Vegas, even though she was 21 years old, she was no longer naive. According to some versions, Priscilla and her father threatened Elvis with denouncing him for sexually abusing a minor, and even for having moved her from the country for that purpose – something close to trafficking – even though they themselves always insisted on virginity. her.

Again, versions from the singer’s own environment are found. Some, like his cook, say that before getting married they saw him sad and that he even assured that “he had no alternative”, others, like his friend Joe Esposito, that they had never seen him happier in his life. As an absolute fan, seeing their photo together that day, radiant, smiling, hand in hand, Elvis –still beautiful– with the carnation in his lapel and his cheek against that of his Cilla –as he liked to call her–, it seems to me that there is no alternative but to believe. But what to say? I am one of those who also believe that Elvis did not die, but that he was abducted by an alien ship.

Elvis’ only child, Lisa Marie, was born on February 2, 1968. (Photo by Keystone/Getty Images)

He’d gotten down on one knee at Christmas 1966, four years after Priscilla’s arrival at Graceland, to ask if she wanted to marry him. “More than ever,” she said, and Elvis gave her one of the most spectacular engagement rings in living memory, designed by himself in a 3½-carat diamond, surrounded in turn by a crown of smaller diamonds.

The ceremony in Las Vegas, organized by Elvis’s manager, Tom Parker, was at 9 in the morning, and before barely a hundred guests, among whom there were almost no celebrities apart from the press. It all lasted eight minutes. A breakfast of oysters, lobster, champagne, and classic southern fried chicken was then served.

Elvis was wearing a discreet black brocade tuxedo, but he didn’t take off his Texan boots, more classic on him than chicken in Memphis. Priscilla had sketched her dress alone: ​​in silk chiffon, with a closed neck, long sleeves and transparencies. She had a pompous veil and, of course, a crown: she was now the queen.

After the honeymoon in Palm Springs, they would also celebrate with a big reception at Graceland, without press and with more excesses. But at the May 1 party, the bride and groom opened the floor dancing Love me Tender, a song that would remain forever associated with their love, although Elvis had recorded it long before he met Cilla, for his film debut in 1956.

Perhaps the tenderness of that song did its magic so that exactly nine months after their wedding night, on February 1, 1968, Lisa Marie, the only daughter of the King of Rock, came into the world. Instead he did sing for her and for Lisa when he recorded the most popular ballad –and probably the saddest and most romantic– of his entire career, on March 29, 1972, a month after separating from Priscilla. You were always on my mind was the hit on the B-side of Separate Ways (dedicated to Lisa)and marked the end of their life together, but also left a testimony that would transcend it: despite the excesses and madness, Only with her was he happy.

Between the excesses and teenage love, the marriage of Elvis Presley and Priscilla that today would be a scandal