The last-minute change was proposed by India which softens the call to end the use of coal.

The proposal was made by the Indian Environment Minister, Bhupender Yadav, who at the closing plenary asked to change the wording of a paragraph defending the progressive end of the use of coal for energy production without measures to reduce emissions.

India wanted to replace the progressive end – “phase-out” with a progressive reduction – “phase down” – a proposal that was accepted with expressions of displeasure from several delegations, such as Switzerland, the European Union, and also from countries most vulnerable to climate change.

I also wanted to add to the paragraph “support for the poorest and most vulnerable countries in line with their national circumstances”.

The president of the COP26 climate conference, Alok Sharma, apologized emotionally today for the way last-minute negotiations took place to be able to approve the final text, 26 hours later than scheduled.

The United Nations climate summit (COP26) formally adopted the final COP26 declaration, with a last-minute amendment proposed by India that softens the call to end the use of coal.

“I apologize for the way this process was developed. I am very sorry. I also understand the deep disappointment. But it is also crucial that we protect this agreement”, he said, in the final session, pausing the intervention for a moment to recompose himself. 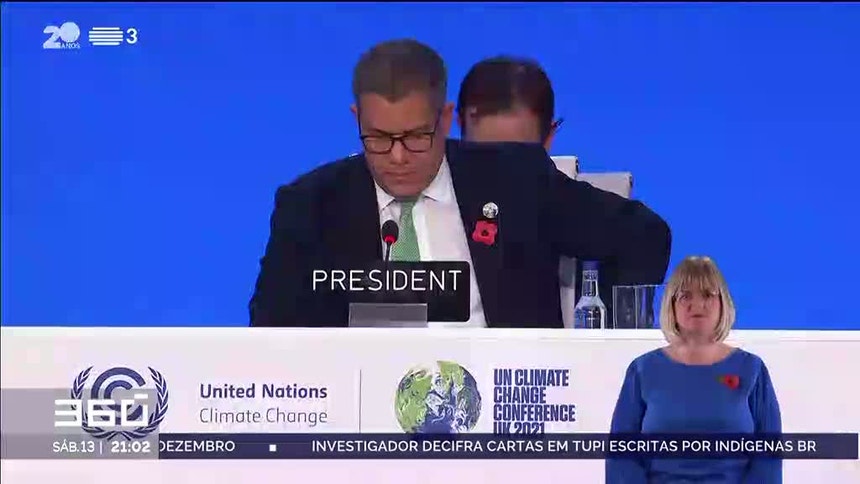 In the end, he said that the revised version of the final declaration had been approved with changes made orally, and he officially closed the proceedings with a hammer blow.

Work has been extended to the weekend in hopes of finding an agreement to fight climate change.

Negotiations this Saturday were marked by emotion and theater blows. 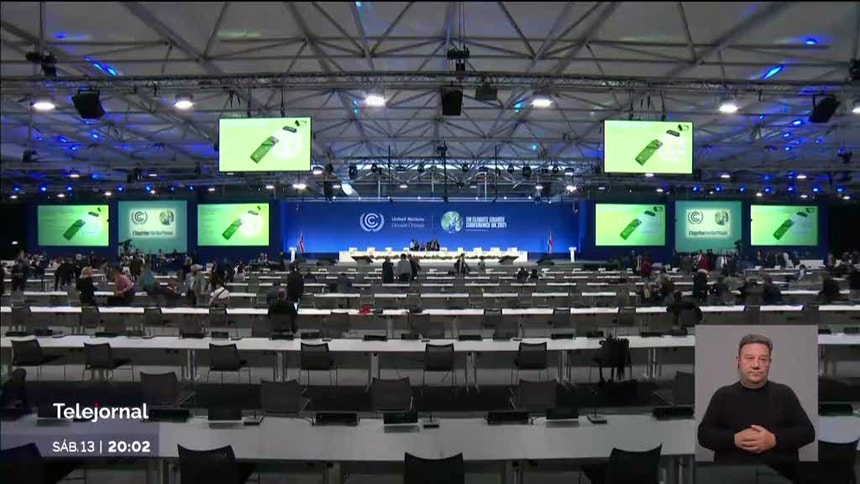 The document, which has undergone changes until the last moment, reaffirms the objective of limiting the increase in temperature to 1.5°C (celsius degrees), decided six years ago in the Paris Agreement, and says it is necessary to reduce carbon dioxide emissions by 45% until 2030, compared to 2010.

It is recognized that limiting global warming to 1.5°C requires “rapid, deep and sustained reductions in global greenhouse gas emissions, including reducing global carbon dioxide emissions by 45% by 2030 from the level of 2010 and to zero by mid-century, as well as deep reductions in other greenhouse gases.”

The Pact underscores the urgency of strengthening ambition and action in relation to mitigation, adaptation and financing in this “critical decade” to close gaps in the implementation of the Paris Agreement objectives, and in it calls on missing countries to submit up to November next year their contributions to reducing greenhouse gas emissions.

Those present in Glasgow also urged, according to the approved document, developed countries to “at least double” the climate finance for adaptation to climate change in the poorest countries.

And richer countries and financial institutions are called upon to “accelerate the alignment of their financing activities with the objectives of the Paris Agreement”.