The cycle of articles Famous Albums looks under the guise of key records in rock and pop history. There are recordings without which it is difficult to imagine such a story. One of these is undoubtedly the “Who’s Next” collection, which The Who followed up on their rock opera “Tommy.” And that’s just a piece of the original plans …

Pete Townshend, the main creative brain of The Who, never had small ambitions. It was he who started talking about “Tommy” as a rock opera – although he was later told because “operas always have a stupid plot” – and he had considerable plans with his successor, originally called “Lifehouse”. It was supposed to be a futuristic rock opera associated with the film, which was based on a series of Townshend articles for Melody Maker, in which he emphasized the importance of rock music. After all, music was to be the central theme.

“How do you deal with the ‘Lifehouse’ topic?” asks Townhsend. “I want the story to be about music, about the future, about hope and visions, but at the same time it reflects reality and real problems. How do I keep my hero deaf-mute and blind without repeating myself? Then it occurred to me that I would plant him In the future and I’ll put on a spacesuit. He won’t take it off and he won’t live a real life. It will be a feigned life. “he is deaf, dumb, and blind to his spiritual potential. He will not be able to meet other people freely, communicate with them, and live like us.”

It is no wonder that the theme did not arouse great enthusiasm in the other members of the formation, ie singer Roger Daltrey, drummer Keith Moon and bassist John Entwistl. Even so, preparations began in January 1971, the band rehearsed at the Young Vic Theater and played several concerts there. Then she moved to the Record Plant studios in New York, but the filming did not go as planned and the musicians decided to return home. After several more performances, they decided to whistle “Lifehouse” – it turned out to be unmanageable. And as Roger Daltrey later remarked, the group was never closer to disintegration.

On the other hand, leaving the project – although Townshend returned to it several more times and eventually summed up his efforts in the boxing “Lifehouse Chronicles” from 2000 – the band untied their hands. No more unifying concept or perhaps opera. The gentlemen decided to record a song album and partly use the material written for “Lifehouse” and some sound news, especially the use of synthesizers, with which they decided to enrich their sound. Under the supervision of producer Glyn Johns, characteristic effects were created in songs such as “Baba O’Reily”, “Going Mobile” or “Won’t Get Fooled Again”, the synthesizer became an integral part of the sound of the recording, not just a seasonal spice. The formation, still musically based on guitars, elaborate bases and wild but surprisingly melodic drums, thus opened up new possibilities of expression. Producer Johns insisted that only one album be created, composed exclusively of excellent pieces, and in the end he was the one who gave it its final form – the group entrusted the selection of songs and their order exclusively to his hands. The result is a collection of nine songs that capture The Who in full force. “Daltrey exaggerated his voice to the maximum. He had the highest range, strength and depth. Entwistle was a miraculous musical talent, Moon played better than ever and Townshend went through his most arrogant and inspiring creative era,” evaluates the period of the formation of “Who’s Next” Keith Altham, the then press manager of the band. And he’s right. This is also confirmed by the singer Roger Daltrey, when he states by default: “It’s our best album.” 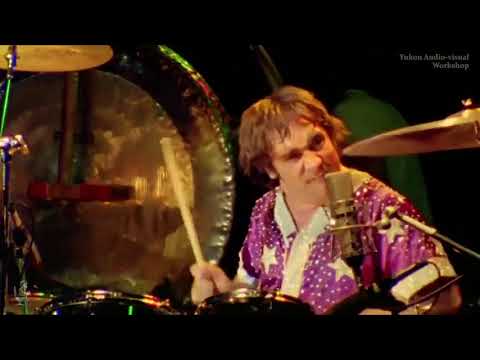 A detailed look at the intended concept, the vicissitudes of origin and the final shape of the album “Who’s Next” offers another part of the Famous Albums series. It was broadcast by ČT art on Friday, November 12. In a week, the series will feature “Hysteria” by Def Leppard.

A series of articles is created in cooperation with Czech Television.

FAMOUS ALBUM: Only debris remains from the epic sci-fi rock opera. Nevertheless, The Who drew “Who’s Next”, the best record of their career