Hunt for the Wilderpeople (Taika Waititi)

That the film that is causing the most talk among cinephilia this Easter is a direct release to DVD says a lot about how film distribution is changing. ‘Hunt for the Wilderpeople’ (translated in Spain as’ Hunting for the ñumanos’) is the new work by one of the latest talents to emerge in New Zealand: Taika Waititi, known for films like ‘Eagle vs Shark’, ‘Lo we do in the shadows’ and the series’ Flight of the Conchords’. Waititi, who has already been hired by Marvel to direct the new Thor (by the way, what a cast: Chris Hemsworth, Tom Hiddleston, Cate Blanchett, Anthony Hopkins, Mark Ruffalo, Benedict Cumberbatch, Idris Elba, Jeff Goldblum …), has made a delightful adaptation of what is one of the bedside books for New Zealand children.

‘Hunt for the Wilderpeople’ is like a ‘Walden’ for young people, an adventure story through the woods from the set of ‘The Lord of the Rings’ (there’s a fantastic gag about it), starring two poignant misfits: an Oliver Twist Maori and a curmudgeon Crocodile Dundee. Humor, adventure, tenderness, pop winks, songs (Nina Simone, Leonard Cohen, Alessi Brothers) and a moment to remember: a sequence shot mounted in the form of a panoramic view that works as a brilliant new point in the narration.
Available: DVD

I no longer feel comfortable in this world (Macon Blair) 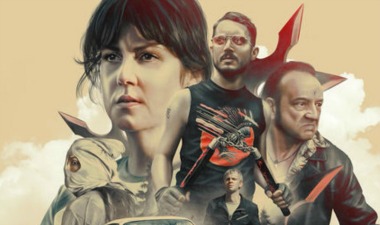 Yet another example of how filmmaking is changing. Just a few years ago, no one would have thought that an indie comedy like ‘I no longer feel comfortable in this world’, best film at the recent Sundance festival, would not be released in cinemas, at least in the original version theaters of Barcelona and Madrid. Now, however, it no longer surprises us. The directorial debut of actor Macon Blair, known for the Jeremy Saulnier films (‘Murder Party’, ‘Blue Ruin’, ‘Green Room’), has been released directly on VoD. The protagonists of the film, Elijah Wood and Melanie Lynskey, are an unlikely couple of amateur vigilantes who, after “a day of fury”, will get into the wolf’s mouth with an unconsciousness reminiscent of that of the protagonist of ‘Berserker’. Although somewhat unbalanced in its tone, the film works very well as a fun reflection on everyday injustices and the frustrations that come with it, and as a melancholic portrait of the loneliness of contemporary men and women.
Disponible: Netflix 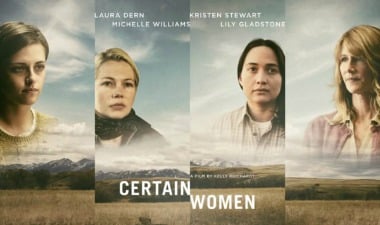 This is not the first time Kelly Reichardt has appeared around here. Despite the difficulty of keeping track of him (none of his films have been commercially released in Spain), his latest film has been seen at two recent festivals: the Americana in Barcelona and the one in Las Palmas. ‘Certain Women’ is an adaptation of three stories by the writer Maile Meloy. Laura Dern, Michelle Williams and Kristen Stewart (not forgetting the unknown Lily Gladstone, a revelation) play three women from Montana whose lives are crossed by a common feeling: loneliness. Three winter stories, impregnated with feminine (and feminist) discomfort, and narrated as usual in the director of ‘Old Joy’ and ‘Wendy and Lucy’: in a low voice and with extreme delicacy. Reichardt shows that sometimes a silence, a look, or the reflection of a face on the windshield has more dramatic power and capacity to move than a hundred violins blasting while the protagonist bellows with smeared mascara.
Available: for now at festivals. 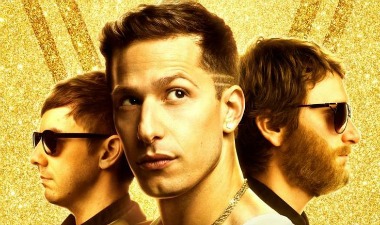 Although this musical comedy deserved a room (full) with a good sound, its puncture at the US box office has caused it to go directly to DVD in Spain (in a rather anorexic edition) and to digital platforms. After a first attempt at ‘Freaked out on wheels’ (‘Hot Rod’ in the original, what a mania with putting silly titles), ‘Popstar’, produced by Judd Apatow, is the confirmation that the humor of the trio The Lonely Island ( known for their sketches on Saturday Night Live) also works in the cinema. And that the premise – a ‘This Is Spinal Tap’ in a pop key – was not very hopeful. At this point, the mockumentary format is more lazy than Sabina’s latest album. But the truth is that it works quite well here. The directors use it as a stylistic base from which to build a hilarious satire on the culture of fame and the music industry. A parody wrapped in the typical rise and fall story of a pop group, full of fabulous gags and musical numbers.
Available: Wuaki, Movistar +, DVD 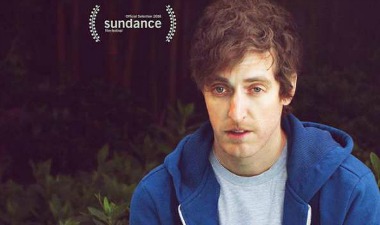 The saddest bachelor party in the world. That’s ‘Joshy’, a comedy about a party whose guests, especially its host, don’t seem to be around for many parties. Sponsored by Coppola, the second film by Jeff Baena (who became known for his’ Strange coincidences’ script) brings together a diverse group of talents in a country house: Thomas Middleditch (star of the series’ Silicon Valley ‘), the comedian Brett Gelman (impossible not to keep his face in series like’ Fleabag ‘or’ Love ‘), Aubrey Plaza (‘ Parks and Recreation ‘,’ Legion ‘) and Alex Ross Perry (‘ Listen Up Philip ‘ , ‘Queen of Earth’), one of the most interesting authors of current indie. The meeting, enlivened by the Devendra Banhart soundtrack, works as an indie reverse of films like ‘Project X’ or ‘Spree to the end’. A sad verbal comedy (ten years ago we would have called it mumblecore), somewhat arrhythmic in its development but very effective, funny and even moving.
Available: iTunes, Wuaki, DVD

‘Hunt for the Wilderpeople’ and 4 other films that you will not see in the cinema – jenesaispop.com