“My daughter, Angela, was murdered seven months ago. It seems to me that the police department is too busy torturing black people to solve real crimes. “.

Three Billboards Outside Ebbing, Missouri is Martin McDonagh’s latest film, the director behind big, nominated productions like “In Bruges” and “Seven Psychopaths.”

Three ads for a crime It is one of the most awarded films this awards season and has 7 nominations at the Oscars.

What the London director has done with this film is to turn a typical crime story, with western overtones, and reverse it with a lot of black humor to talk about thorny issues such as justice, racism, prejudice, the mistreatment of women, lack of solidarity, normalization of violence and abuse of power.

Mildred Hayes is a mother frustrated with the loss of her youngest daughter seven months ago. She was raped and murdered in the small (fictional) town where she lives and the police have no answers to the case. Tired of the situation, this mother decides to rent three billboards on one of the roads of the town, little used now, calling attention to the fact and putting her eye on the police. His brilliant idea ironically awakens the solidarity of the inhabitants, not towards the suffering mother, but towards the officers who have been publicly exposed and whom they consider to be allies of the community. Mildred’s unwavering determination and what she does to overcome the tide of ridicule and criticism is the lynchpin of this good and original story.

While Mildred represents courage, bravery and dignity, the officers’ characters played by Sam Rockwell and Woody Harrelson, embody clumsiness and resentment on the one hand, and humanity on the other. Is that 3 Ads for a crime is a movie full of nuances; of hate and love, of fear and sanity, of intolerance and solidarity, of calm and despair. Of uncertainty. The characters are all very well delineated and even better acted, likewise the finesse with which the script is written, especially knowing how to put intensity to each explosive word of this mother. McDonagh easily goes from drama to inevitable laughter in the midst of great tragedy. Transgressing politically correct with humor is the greatest virtue of this film. 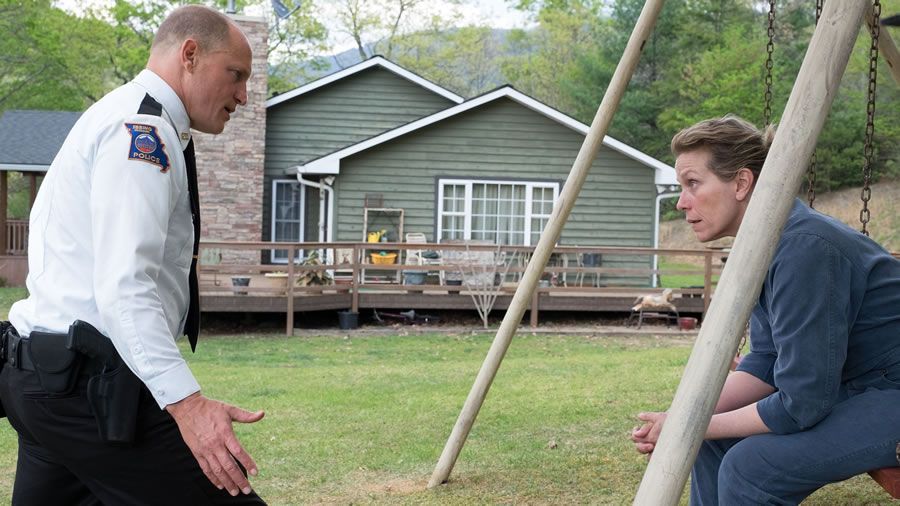 Behind the fury of this character and all that negative nature that shelters the human being, there is a silver lining for hope, where hatred and the desire for revenge vanish. This is what this film points to after keeping almost all of its footage on the edge of emotion, without being able to fully guess the intentionally gray character played by Rockwell and leaving in the background what we believe at the beginning is the purpose of the story: discovering the perpetrator. That twist that works like a balm, curiously ends up leaving us the feeling of a more reconciling ending, akin to the public, than expected.

Definitely Three Billboards Outside Ebbing, Missouri stands out for its stupendous script, by the scathing of its contents, almost like a firebomb, and by the three great performances of the teacher Frances McDormand, who has won all the awards; Sam Rockwell, for the first time Oscar nominee; and Woody Harrelson, who gets his third nomination at the Academy and that last year he participated in several films of dramatic charge where he had a good performance. 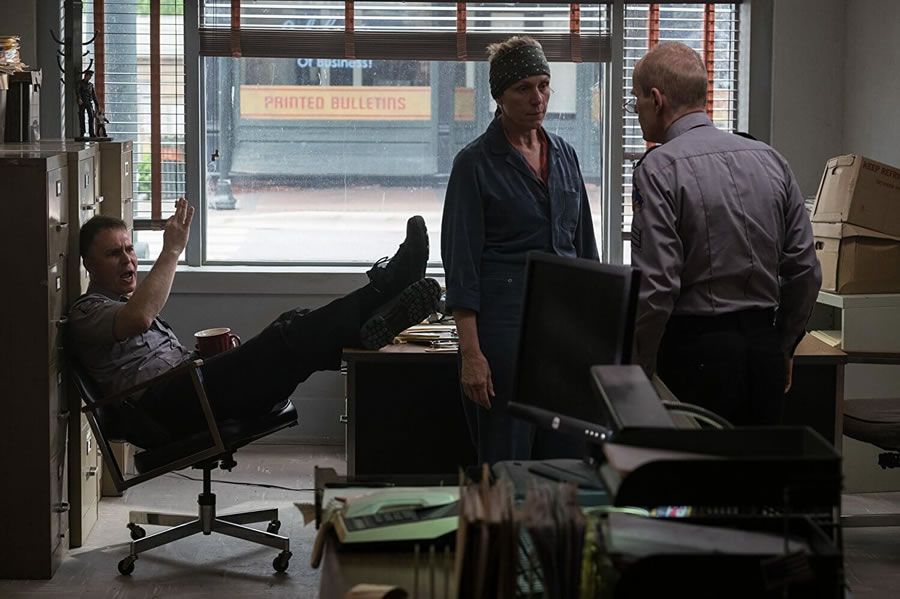 PS: Is this the best movie of the year? We’ll see! (Not for me, like the vast majority of the nominees for the 90th edition of the Oscars, whose ceremony will be on March 4. There are many good films, but the extraordinary production that deserves all the accolades does not appear).