More than sixteen times in a row he played in front of the sold-out Lucerna, the Spiritual Quintet published a narrative publication with an attached CD, which recapitulates the ensemble’s 60-year career. Relatively fresh, unconventional and engaging. However, there is much to remember during that time.

Right at the beginning of the narrative publication, the author of most of the lyrics and at the same time for sixty years the bandleader Jiří Tichota explains and gives answers to various questions. The ambition of the book was definitely not to describe in detail in the form of a chronicle what was happening in the group from year to year. Rather, he wrote in more detail about the very beginnings of the formation and then pulled out the interesting facts and peculiarities she encountered. Hand in hand with this is the history and political history of the country, which was quite moved for half of the band’s operation.

The struggle with the censors and the search for the boundary, what is still possible to publish, what song to record, what to say between the songs during the performance, it happened at that time practically constantly and several stops stopped the quintet. However, it was bought with a lot of positive reactions, which have a special place in the new book. When one reads them, one begins to understand at least a little how the feelings must be felt by the composer and performer of music, which was able to give listeners optimism and courage in times of oppression and non-freedom, and which was able to change if not immediately, then certainly affect people’s lives. One cannot fail to notice the beautiful stylistics and style of Dr. Tichota, a trained musicologist who does not lack a fine tingling, and at the same time it can be seen here that he was the bandleader in his place. A person comes to this opinion when he finds that he is willing to listen to the opinions of others (and more and more over time), but in the end he always does all the essential things in his own way and does not regret them over time. The author is not afraid to bite into a sour apple a few times in this book, especially in connection with forced and unforced personnel changes. Fans rarely find out what exactly was the end of each member – it was especially difficult when the ladies’ darling Oldřich Ortinský left. But the group is essentially like a family, moreover, the quintet later consisted of eight people, each of whom was different in nature, liked different music and the like. Nevertheless, Tichot succeeded in all the changes, and the arrival of young blood for the last ten years was not a cry into the dark at all; Songy Spirituálu in fact, the radio never played much, and yet he sold out concerts even in the largest halls, and fans who, for example, were scattered around the world due to emigration, knew his songs intimately. Experiences from exotic journeys form an integral part of the publication, as well as non-traditional meetings with American presidents or the opportunity to play at Prague’s First Ladies, including Laura Bush. The publication also includes inserted texts with various branches, which the main article would not be able to accommodate. Dušan Vančura also writes about the fate of the song “When the Right Comes Back to Us”.

The last group was given space to comment on their entire engagement. While the bandleader’s wife Zdena Tichotová managed to make do with a few lines, Dušan Vančura, who wished for the vast majority of final concerts postponed due to the covid, did not survive, deservedly (after Tichot’s longest serving member in the ensemble for 51 years) an avid traveler devoted himself to an expedition to the USA, where he visited on the occasion of the celebration of thirty years since the Velvet Revolution. Jiří got the space right behind him Cidla Cerha, who weaved into the last sentence: “We are finishing slowly, but we are assuring that in full force. And Jiří Cerha and CK Vocal continue …” At the time, he had no idea that he would die suddenly just days after the last concert. The whole book is made in A4 format, contains a lot of black and white and color photographs and is on beautiful chalk paper. And there is one more special bonus. There was no point in releasing another compilation, because in 2019 the album “Singing with the Spiritual Quintet” was released, which pinned the role of Zdena Tichotová. The “Music-Connected World” multipack was created in the 1950s, and many more selections followed. Therefore, when considering which audio medium to say goodbye to the listeners, the musicians decided to collect a collection of several oldest surviving recordings of the Wooden Spiritual (then still) quartet, the complete opposite – new versions of old and cult songs, but in the most current cast, with fresh energy and a lack of musical and vocal experience. The songs “I’m Free” and “Danielis prophetia” have never been recorded before. A big plus is that the carriers are devoted to the last three pages of the text in the book, which puts several songs into the context of the time and explains exactly why the album also contains examples of jokes, which every performance of the group used to be full of. During a demonstration of the period atmosphere at the “Haú, white plain” in Porto, Pilsen, the younger generation can get a picture of what the activity bans were then imposed on. 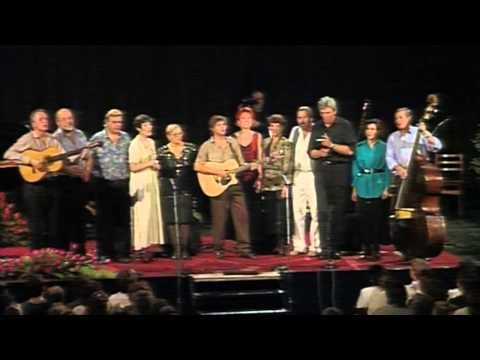 This non-traditional ensemble is therefore a very dignified farewell to the ensemble’s career, which is the basic building block of Czech folk and an inspiration even for today’s beginning bands, which have their music-making based on acoustic instruments and perfect polyphonies.

REVIEW: The book and CD “60” from the Spiritual Quintet symbolically close a fundamental chapter of Czech folk