Through its official website, the label Nonesuch has just confirmed that on January 18 he will publish a vinyl version of the soundtrack that Jonny Greenwood made for There Will Be Blood (2008). This will be the first time that a physical impression of the material will be taken.

The Radiohead guitarist’s work for the film is commonly cited as one of the best and most influential musical works ever made for film in the present millennium. This is why the Nonesuch Records announcement is so exciting.

This was Jonny Greenwood’s first big job as a soundtrack composer. Although in the past he had already contributed a couple of songs for BBC commercials and television series such as Bodysong (2003)It wasn’t until Paul Thomas Anderson contacted him to make this soundtrack that he began to earn a name as one of the best musicians in the audiovisual industry.

The guitarist first rejected the project, saying that he did not know how he would achieve the score for the script, however Anderson did not give up and decided to show him the finished film prior to its premiere. Greenwood composed the music in a month and in no time it became one of the most acclaimed elements of the film, which has come to be considered by The New York Times magazine as the Best Picture of the Millennium.

The soundtrack, composed of eleven instrumental songs, was influenced by the work of post-modern composers such as Steve Reich’s minimalism and the sonorous and inharmonious chaos of Krzysztof Penderecki, whose masterpiece ‘For The Victims of Hiroshima’ was used within the film, like ‘Vivace ma non trompo’ by Arvo Pärt. It is a work whose focus is to generate tension with long high strings and sudden changes in harmonies.

“I don’t think I wanted to make music that sounded like a certain era, if I had, it would be something traditional. I just think you can do really sinister things with a classical orchestra, the traditional can also be uncomfortableGreenwood told Entertainment Weekly shortly before the soundtrack was nominated for a Grammy.

In March Jonny Greenwood decided to reveal his latest material, a new soundtrack that was written to accompany Lynne Ramsay’s new film, which is titled You Were Never Really Here (2018).

Through 14 pieces, Jonny shows his most eclectic work to date. He had us accustomed with his collaborations with Paul Thomas Anderson to long instrumentals created by string quartets, full of dissonances and intense fires.

This material arrived a few months after his work for Phantom Thread (2017), an Academy Award-nominated film for which Jonny achieved his first nomination for Best Soundtrack, and was also named in awards such as the Boston Society Film Critics, the Chicago Film Critics Association and the Golden Globe.

The material is strongly influenced by the work of the minimalist Erik Satie, with piano melodies that keep structures similar to those used by the Arvö Part and that join long landscapes of strings performed by The London Contemporary Orchestra and the Royal Philharmonic Orchestra.

This work marks the composer’s fourth collaboration with Paul Thomas Anderson, after Inherent Vice (2014), The Master (2012) already highly acclaimed There Will Be Blood (2007). 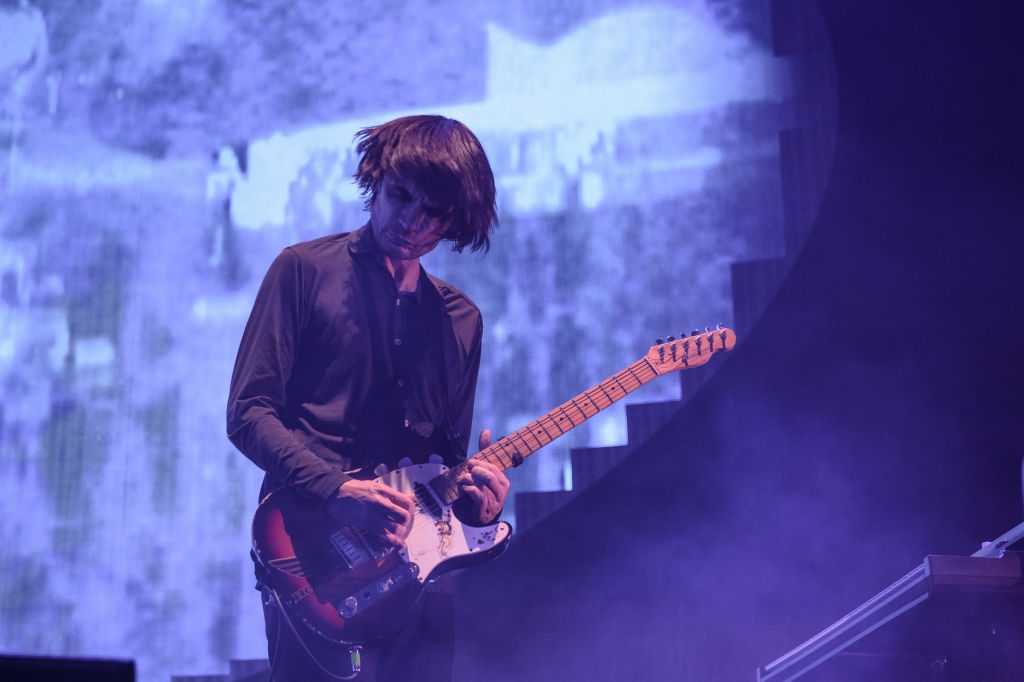 The importance of Jonny Greenwood’s soundtrack for There Will Be Blood, the material will be released on vinyl